The Goals to Fight Hunger initiative saw $200 donated to Foodbank Victoria for every goal scored by Western United throughout the entire 2021/22 Isuzu Ute A-League Men season.

“Our partnership with both Foodbank and Western United on the Goals to Fight Hunger campaign has allowed us to shed light on a community issue that is affecting so many.”

“We hope that we inspire others to support Foodbank and donate to Victorian families in need,” Harry said.

The 2021 Foodbank Hunger Report showed that 1 in 6 adults in Victoria haven’t had enough to eat in the last year. A staggering 1.2 million children have gone without food in the last year as well.

The money raised will go directly to Foodbank Victoria. Every goal kicked throughout the season created 400 meals for vulnerable Victorians.

If you would like to donate to Foodbank Victoria, head to foodbank.org.au. 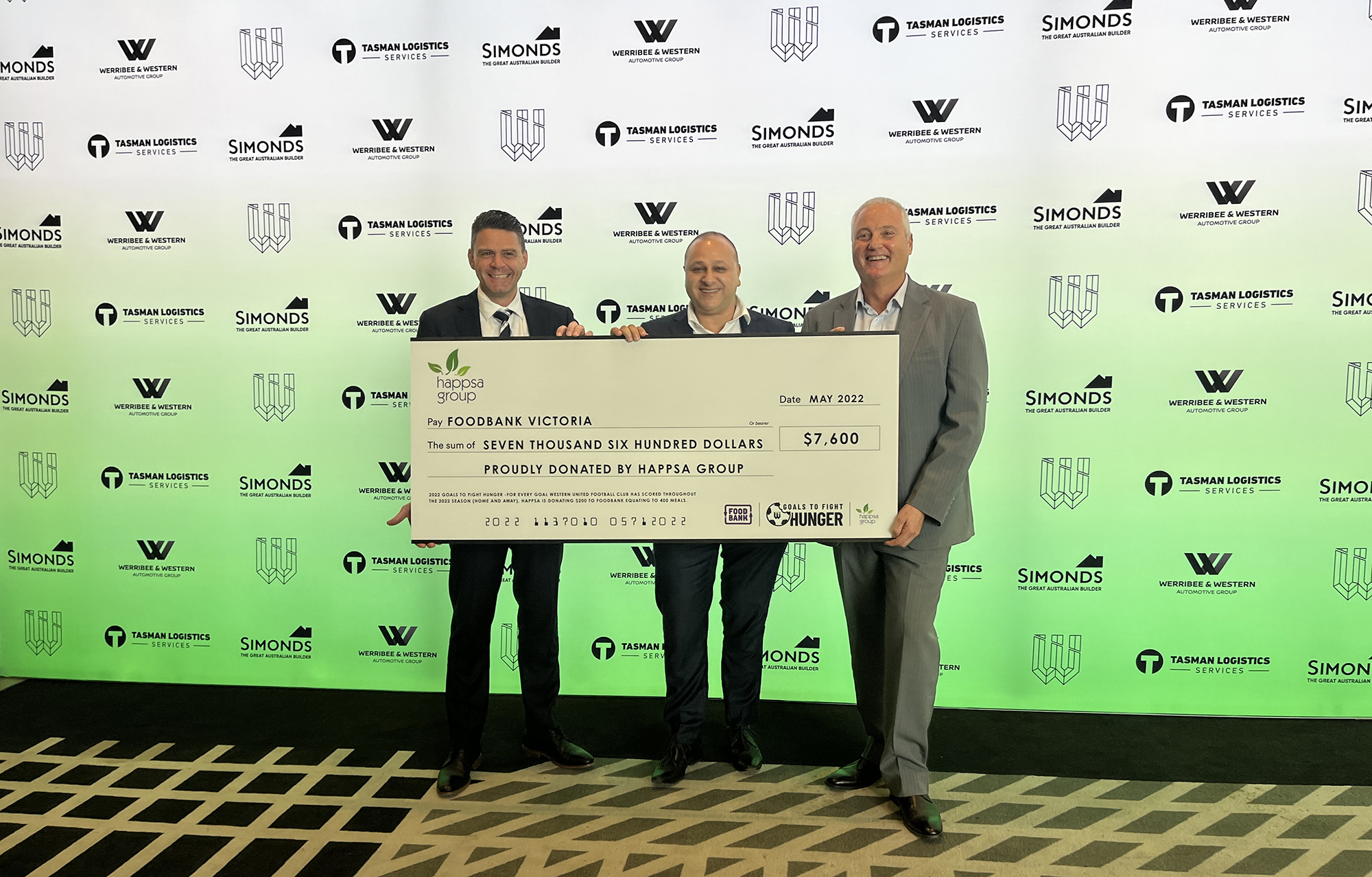 From left: Harry, Paul and Dave